Candidate is prepared, are you? 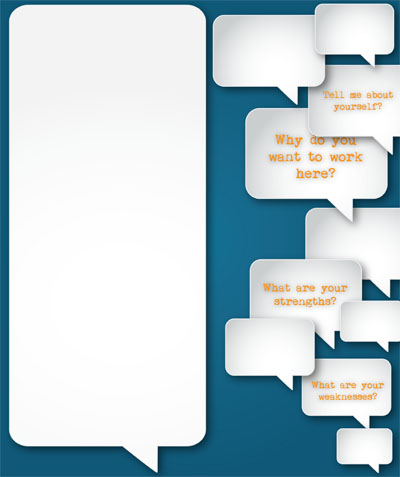 Candidate is prepared, are you?

You’re highly articulate in complicated negotiations and seasoned in court. But, when your firm is hiring and you’re interviewing prospects, are you asking the right questions?

Candidates can hold significant leverage, especially when they have solid qualifications and are employed. So, a successful interview is key to landing a talented individual who also stands to be a great fit for your firm.

At TorontoJobs.ca, Marc Belaiche says employers in general — lawyers included — can be less than ideally prepared for conducting interviews.

“A lot of people tend to wing it,” Belaiche says. “They don’t prepare; they walk around at the last minute trying to find an interview room.”

The successful interview actually begins well in advance. “You need to prepare,” Belaiche says. “Read a person’s résumé and have your questions ready.”

Advance research can include checking social media networking profiles. “Find a little bit more about their background, who they’re connected to, and some of the other activities they’re involved in,” Belaiche advises.

When it’s time for the interview, have more than one person meet the candidate. “Two partners might see different things in a person,” Belaiche explains.

A third category are questions with a decidedly quirky edge. Belaiche tells of one client, in a professional services business, who asked candidates to estimate the number of local gas stations.

“They wanted somebody with the wherewithal to have some kind of logical answer,” he says, explaining that quick math might yield some kind of thoughtful number.

“There’s no right answer. The question is designed to understand the person’s thinking process, to see how they might logically tackle a situation.”

Belaiche concedes he prefers questions which engage candidates in personal and professional conversation, and Laura Williams of Williams HR Law in Markham, Ont., concurs.
“I’m all about being practical, asking questions that make sense,” says Williams, who runs a parallel human resources consulting firm. “If you’re going for top talent, you want a good sense of the candidate and you want to leave a good impression.”

Williams counsels her clients to avoid an overly scripted approach. “Everyone has their own perspective and experience, so if something seems interesting and unique about a particular candidate, you should explore that.”

This is where behaviour-based questions might work to induce a candidate to demonstrate how they might help achieve a productive result in a given situation.

However, Williams says it’s also important to look beyond legal ability and explore a candidate’s character and potential fit within the firm’s overall culture.

“Sometimes we get caught up on how much on-their-feet time they’ve had in court and the types of matters that they’ve dealt with in the past,” Williams says.

“But are they going to fit within the culture and values of the firm? How will they treat their colleagues? If you miss that piece you could end up with someone who’s more of a distraction than a contributor.”

Sometimes, answers might lack key personal details or otherwise be less than satisfactory, so interviewers need to listen carefully not only to what’s said but also not said. “If they’re telling you a story and not getting to the heart of it, that’s information for you,” Williams says.

One perennial question is the one about strengths and weaknesses. “It’s broadcast all over the Internet as being one of those questions every employer is going to ask,” says Paige Phillips, manager of people development with DST Consulting Engineers in Ottawa. “People will rehearse the perfect response or what they believe will be the perfect response, and you can end up with something scripted.”

Phillips sees general questions of this sort as potential conversation starters, with the interviewer following up for specifics.

“Ask how a particular strength helps their work or allows them to be successful, so that they put the information into context and validate it with exact references to their abilities,” Phillips says.

“Likewise, when it comes to weaknesses, ask what steps they’re taking to improve. If they’ve truly pinpointed something they need to work on, you can ask what the next steps are, what’s the plan.”

Ultimately, strengths and weaknesses are infused throughout the interview. Phillips often lets a candidate trail off into a moment of silence to let them reflect or perhaps expand on a particular point.

“If you don’t find comfort with a little bit of quiet space and allow them that extra bit of time, you could end up cutting off that conversation before they give you vital information,” Phillips says. “This can make a big difference in terms of getting a meaningful answer.”

Whether the candidate is momentarily silent or deep in conversation, interviewers should observe body language. Jordan Rodney, of Rodney Employment Law in Vaughan, Ont., also consults on human resources issues, and says visual cues are as critical as what’s being discussed.

“You want to assess how they’re sitting, whether they’re smiling, and the tone of their voice,” Rodney says. “Are they listening? Do they seem distracted?”

Crossing arms, avoiding eye contact and fidgeting in one’s chair occur often enough, Rodney says. “These are all things that could point to inconsistent behaviours and inconsistent answers, signs that someone might be concealing something.”

Rodney is also a stickler for manners and respectful behaviour. Interruptions signal that someone isn’t actively listening, and Rodney expects candidates to take notes. A candidate should also silence their cellphone and remain standing until the interviewer or interviewers have sat down or asked them to be seated.

“I might have an administrative person or receptionist bring the person to me in the interview room because I can then ask (later on) if they were respectful,” Rodney says. “Did they shake hands? Did they thank you? There’s all kinds of things you can assess.”
Ultimately, Rodney says, the entire hiring process, including the interview, needs to be handled thoughtfully and with care.

“I have this motto — hire slow, fire fast,” he says. “Hiring isn’t something partners or (business) owners should be rushing. You shouldn’t cheat the hiring process. It’s time consuming and takes a lot of resources, but my philosophy is not to take shortcuts. Try to find the very best person.”