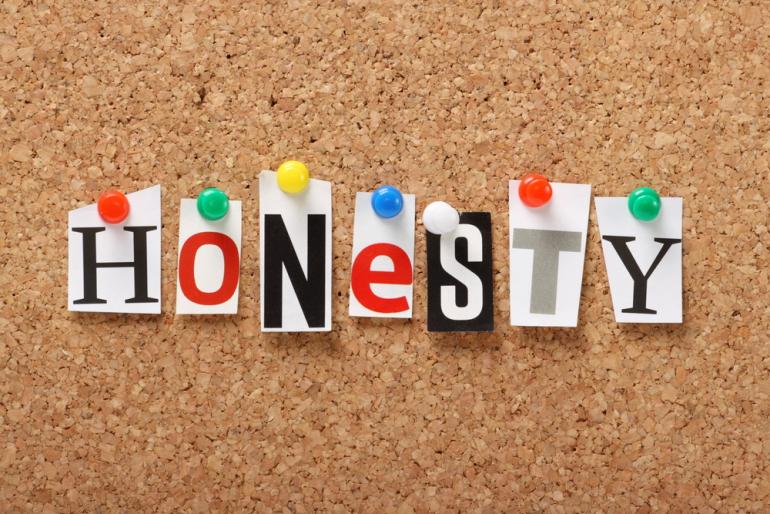 Employees with high levels of honesty and humility are the most likely to receive favourable performance reviews, according to a recent  study.

“Employees who self-reported honesty and humility correlated positively with supervisor ratings and job performance,” said Wade Rowatt, professor of psychology and neuroscience at Baylor University in Waco, Texas, and co-author of A new trait on the market: Honesty-humility as a unique predictor of job performance ratings.

About 270 employees from various organizations across the United States — largely in the health-care sector — completed the online survey, which included 240 personality items. Each respondent’s supervisor rated the employee’s job performance on 35 job skills.

Humility is a desirable trait at work be- cause it is very closely linked to self-awareness, said Jordan Rodney, president of Maximum People Performance in Thorn- hill, Ont. People who are self-aware take ownership of their mistakes, know their limitations and operate on an equal playing field with others, he said. “It’s really about ego and people that are humble keep their ego in check,” said Rodney. “They allow others in the organization to grow and shine.”

Humble people also make great leaders, he said. They foster an open-door culture, relate to their team members and recognize their contributions and successes, said Rodney.

Employees with high levels of humility are open to feedback, constructive criticism and learning from others, said Marjory Kerr, consulting services manager at Development  Dimensions International(DDI) Canada in Toronto. Organizations benefit because employees with these traits look at different ways of doing things and seek ways to improve, she said. “It doesn’t mean everything changes every time but there’s an openness there to hear what people have to say so, together, employees and the organization can be moving forward,” said Kerr.

Honesty is an important trait because it is related to trust, which is a crucial component in any workplace, said Rodney. People who are trustworthy are more likely to do what’s right, even if it’s not the most popular decision, he said.

“People want to know they can trust their colleagues and rely on the information that’s given,” said Kerr. “When there’s a community of trust, there’s more opportunity to be focusing on working together and to feel confident in the organization and the way it does business.”

Honesty is a very important characteristic for leaders because if employees don’t trust their managers, they won’t be willing to follow them, she said.

Honesty and humility also predict a decrease in negative behaviours in the work- place such as delinquency, found the study. “Not only is honesty-humility predicting positive qualities like performance, but it predicts less of these negative qualities like ethical violations and criminality,” said Rowatt. “You start adding these things together and it becomes, paradoxically,  an important trait.”

There are some roles where honesty and humility may not be the best predictors of job performance, such as a competitive salesperson or stage entertainer, where individuals are more likely to want to be the centre of attention, said Rowatt. These traits work best in roles where a degree of empathy is required and working well with other people is favoured over self-promotion, he said.

In the hiring process, HR practitioners can screen for honesty and humility through behavioural interviews, said Rodney.

They should also be asking the candidates about critical incidents they’ve faced in their lives — either work-related or personal — and assess how they handled the situation, what they could have done differently and what they learned, he said.

Situational questions can also be useful in screening for these traits, said Rodney. For example, an interviewer could describe an ethical dilemma that could occur in the workplace and ask the candidate what she would do in that particular situation.

“It’s about really digging beneath and going beyond just the behavioural questions,” said Rodney.

“(Situational questions) are kind of like the no-right-answer type question but you’re trying to understand their thought process going through it.”

Employers can foster humility in employees by helping them see the bigger picture, said Rowatt. People feel humble when they can shift perspectives and see they are one person among many, but not necessarily unimportant, he said.

“From the top down, the managers need to be saying, ‘Each person is important for the success of the organization,’ and valuing each person really from the janitor all the way up the line,” said Rowatt.

It’s very important for leaders to “walk the talk” and demonstrate the values of the organization on a daily basis, which may include honesty and humility, said Rodney. If people in the organization — managers included — are not demonstrating the company’s values, they should receive feedback and be encouraged to improve, he said.

On the other hand, employees who are actively demonstrating honesty and humility should be recognized and rewarded for doing so, he said.

“Honesty is the essence of who you are and humility is just realizing, ‘I am no different from anyone else,’” said Rodney. “They are kind of two sides of the same coin and very much reflective of great performers in organizations and great leaders as well.”