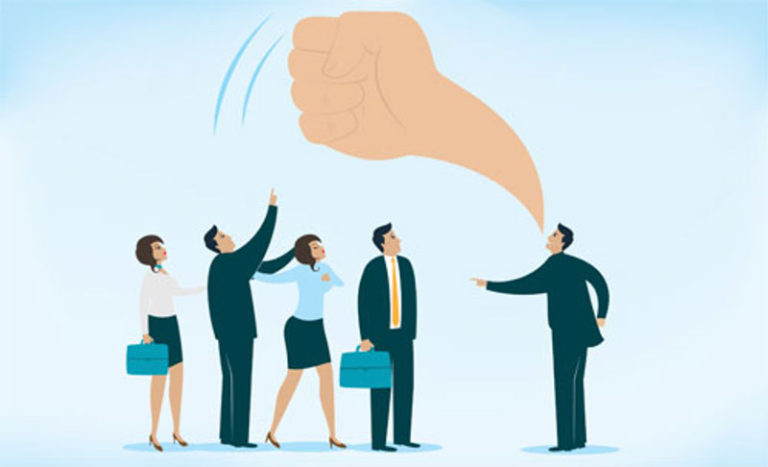 In January, three months after allegations of sexual harassment prompted Marcel Aubut to resign as president of the Canadian Olympic Committee, his successor, Tricia Smith, apologized for the toxic workplace culture that had developed within the COC.

“To our employees and anyone else who was affected, I’m truly sorry. We let you down,” said Smith. The COC board agreed to implement all the recommendations for improving workplace policies, procedures and governance that were contained in a report by employment lawyer Christine Thomlinson of Rubin Thomlinson LLP.

Rubin Thomlinson had previously examined the working environment at the CBC following the dismissal of star radio host Jian Ghomeshi in October 2014. The findings of that investigation, by Janice Rubin, “point to lapses in our system and concerns about our culture,” said Hubert Lacroix, president of the CBC. He offered a “sincere and unqualified apology to our employees and to Canadians.”

At the same time, the CBC “severed ties” with two of its senior executives and pledged to review Rubin’s recommendations and “implement as many of those as we can, as quickly as possible.”

While these high-profile examples of toxic workplaces were serious, Natalie MacDonald has seen much worse. A co-founding partner at the Toronto employment law firm Rudner MacDonald LLP and author of Extraordinary Damages in Canadian Employment Law, she has worked on cases involving extreme bullying, violence and death threats.

“It all starts with the employer,” MacDonald says. “There’s legislation covering violence and harassment — in Ontario it’s the Occupational Health and Safety Act — and under common law the employer has a duty to provide a safe and healthy workplace.

Organizations need to have informal mechanisms for reporting inappropriate behaviour, says Richard Johnson, a human rights and employment lawyer at Kent Employment Law in Vancouver. Anonymous complaints are one method, although they present problems around the credibility of the information. A better way is confidential reporting to the employee’s immediate supervisor, who then handles the situation or takes it up to a level where it can be properly addressed. As well, the human resources department should have a way of accepting confidential complaints, Johnson says.

The key word here is confidential; neither of these approaches will be effective if managers or HR are mistrusted. At both the COC and CBC, the Rubin Thomlinson reports found, employees’ only recourse was a formal complaint process that many did not trust, so they were reluctant to report improper conduct.

Inaction by employees or employers, or both, can allow relatively innocuous behaviour to accelerate into harassment or bullying, Johnson notes.

“I find this can be tougher to deal with in smaller companies where there are no policies in place,” he says. “For example, the boss may be trying to create a relaxed, fun culture, but borderline jokes and gossip go over the line. If left unchecked, that can turn into a pile-on, enabled by silence, leading to bigger systemic issues.”

“A toxic workplace often starts at the top,” says Julie Ruben Rodney, CEO and founder of MaxPeoplePerform, which offers HRessentials, an outsourced HR service, to legal, accounting and other professional firms. “Problems can occur because senior leaders are allowed to behave badly in the workplace, which results in employees feeling a sense of helplessness. You may not receive formal complaints, but you will have a higher turnover of your best performers and lower productivity overall.

“Firms can look good on the outside but there may be hidden problems inside the organization. You have to go beneath the surface to uncover the core issues. We work with firms to create values statements and help ensure legislative compliance. This is not a checkbox exercise; it’s about changing the culture. If you have a strong culture, you’ll deal with problems as they arise, so people feel they can raise the flag. If you create values like respect, you’ll avoid a toxic environment.”

One reason the COC and CBC problems got out of hand was the prominent positions of the individuals concerned. Organizations frequently hesitate to deal with inappropriate conduct by a top executive or star performer. Law firms should be aware of this in their own workplaces, says Ruben Rodney.

“Rainmakers are often given additional leeway around their behaviour because they’re bringing in the business. An old-school mentality still exists in some firms. Professional development and education tend to be mostly for staff, not professionals, even though the professionals may need it more. Firms should look at the total organization to ensure consistency around effective behaviours.”

Chuck Gallozzi, a writer and blogger on personal responsibility, considers the issue from the viewpoint of an average employee: “I don’t want to be a snitch, and reporting a bully might make things worse. But if I don’t act, I’m enabling him. I have to think about other people. I have to help him not be a jerk.”

There are very few truly nasty people, Gallozzi says, so if someone is acting like a jerk, it’s probably for another reason. Perhaps he (or she) is feeling stressed, insecure, defensive or simply having a bad day.

Gallozzi’s advice: give the bully the benefit of the doubt, stay calm and wait for the unpleasantness to pass. If it doesn’t, be more assertive and call him out on the poor conduct. Let him know there will be consequences if he doesn’t smarten up. If that still doesn’t work, it may be time to report him.

Meanwhile, management must be on the lookout for bad apples, make a point of knowing what’s going on, and let everyone know how important a healthy environment is for the company as well as its employees, Gallozzi says.

Between them, enlightened management and a proactive workforce can ensure that the working environment is positive and productive.